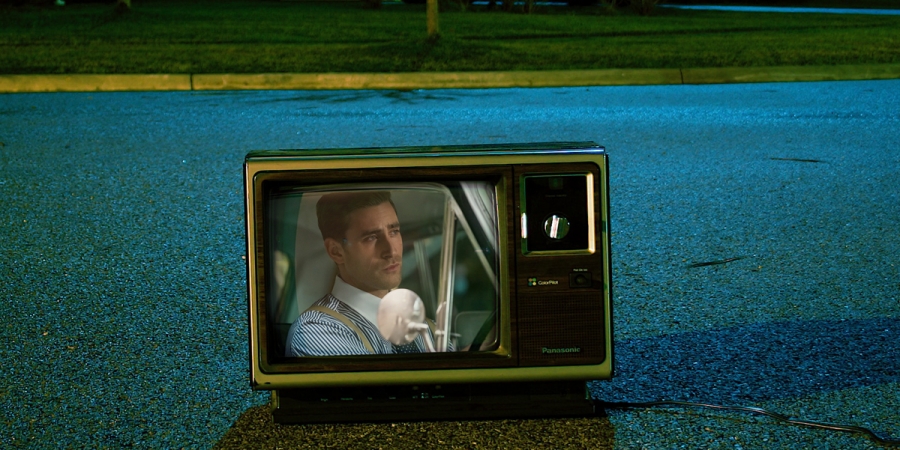 Photo: © Frank Okay
With October just around the corner, usually we start to get excited about the ghostly shows that television networks have lined up for our viewing pleasure over Halloween, but this year things seem to be a little different.
When it comes to television, Halloween is the Super Bowl of the paranormal world, and normally in the months leading up to October we hear about a whole array of spooky shows that will be airing on and around October 31.
So far this year there is no news on British shows returning. There are some big US production due to air over Halloween, but it's streaming platforms like Netflix, Amazon Prime Video and YouTube that are currently getting audiences excited about their Halloween offerings.
This is of course in part down to the ongoing global coronavirus pandemic which has halted television production around the world and made it near impossible to plan large-scale live televised events this October. However, some channels are likely to source some of your favourite paranormal shows.
We'll be updating the full list of 2020 Halloween TV specials that will be airing in the UK and in the USA as more shows are announced. 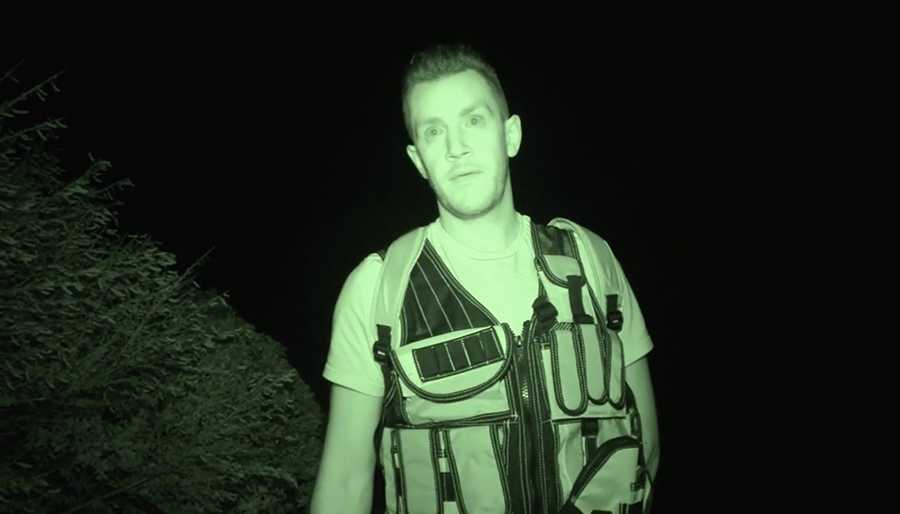 'The Haunted Hunts' head to the infamous Pendle Hill in Lancashire for their third series, which lands on Amazon Prime Video in time for Halloween. The six new episodes will follow the team as they investigate the lingering spirits of those accused and executed for witchcraft in the areas surrounding the infamous Pendle Hill.
The new series promises to be the most exciting to date. Especially since the team have already teased that they've captured what they believe to be a full bodied apparition moving on camera. Danny said, "it's by far our best ever piece of evidence and we cannot wait for you to see it in October."

All eight of episodes Simon Pegg and Nick Frost's upcoming comedy-horror ghost hunting series, 'Truth Seekers', will land on Amazon Prime Video just in time for Halloween on Friday, October 30.
Simon and Nick dropped the trailer for the series during a panel discussion as part of last month's virtual Comic-Con @ Home event. It shows Nick and Samson Kayo taking on their paranormal alter-egos, Gus and Elton, two broadband installers turned part-time paranormal investigators who aim to uncover and film paranormal sightings across the UK, at locations they're sent to by their boss Dave at the telecommunications company, Smile, played by Pegg. 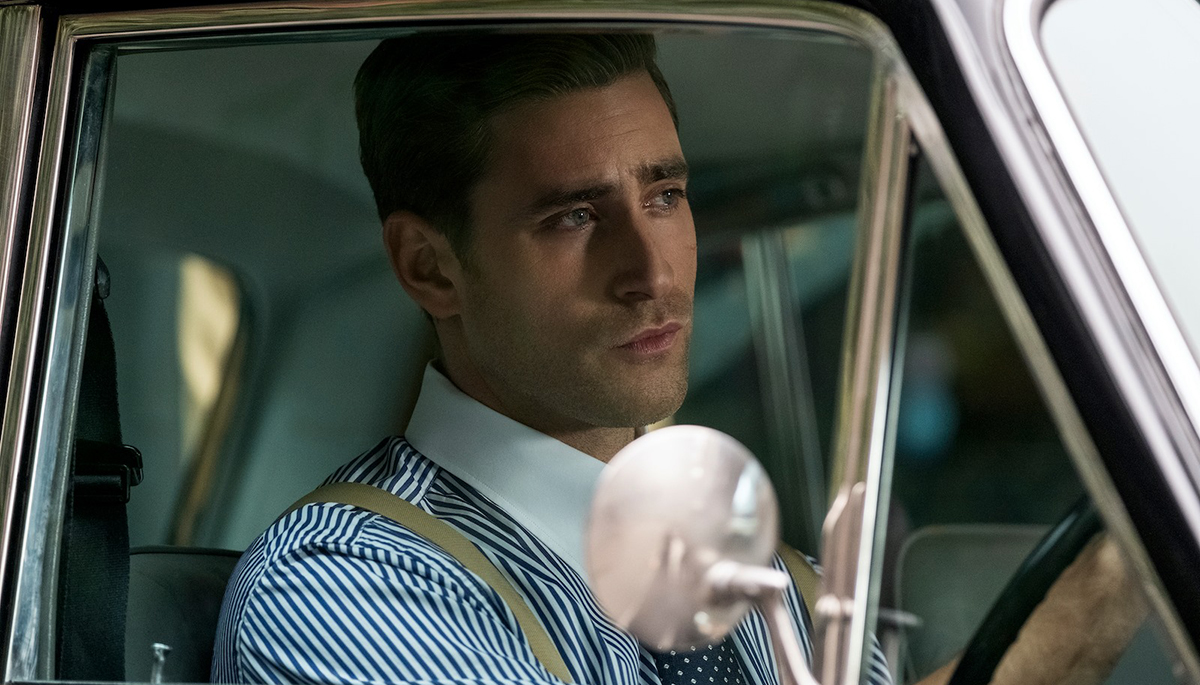 Netflix pretty much has Halloween wrapped up this year. 'The Haunting Of Bly Manor', the sequel to the terrifying supernatural smash 'The Haunting Of Hill House' lands on the streaming platform on October 9, just in time to binge watch over Halloween.
The series will draw inspiration from Henry James' 1898 psychological horror 'The Turn Of The Screw'. The strange and sinister story unfolds from the perspective of a governess who is hired to take care of two orphan children living in an old country mansion.
Netflix will also bring fans of the supernatural new episodes of 'Unsolved Mysteries', including an episode featuring an unexplained ghost sighting. The reboot of the cult true crimes and paranormal television show landed on Netflix in July with six new episodes, but there's more to come. The second half of the series will be released in time for Halloween on October 19.
If you're looking for a horror movie to watch on the night, then the psychological horror 'Cadaver' might be for you. The Norwegian Netflix original premieres globally on the video platform on October 22. The film is set in the aftermath of a nuclear disaster, and follows a family who are invited to attend a charity play, but the event takes an eerie turn when audience members start mysteriously disappearing. 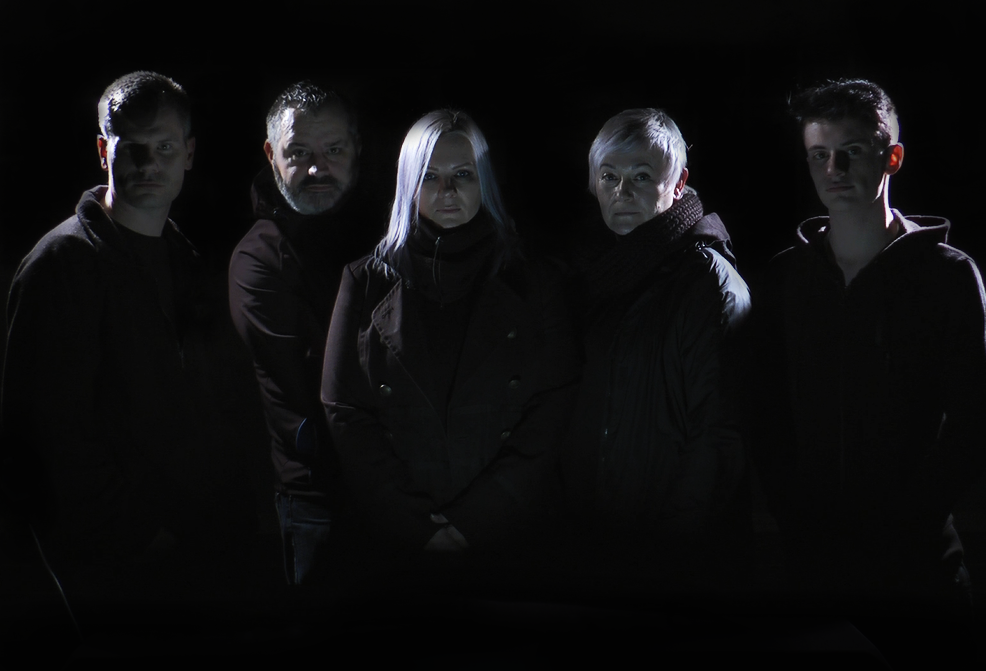 'Are You Haunted...?' have already begun the countdown to Halloween with a string of new episodes on their YouTube channel leading up to their two-night Halloween special at Tutbury Castle.
As always Phil and Sara Whyman will be joined in their back-to-basics paranormal series by fellow investigators Jane Carrigan, Dale Dickinson and Ben Woodward, plus paranormal historian Lesley Smith.
We're still waiting for confirmation from Yvette Fielding and Karl Beattie about a possible 'Most Haunted' Halloween broadcast. If a Halloween special does go ahead this year fans will be able to watch the investigation for free and in full HD on Most Haunted's official YouTube channel.
Last year Yvette and the gang streamed their live investigation of the creepy and abandoned old police courts in Accrington. The three-hour long special notched up more than a quarter of a million views and saw the team search for proof of the paranormal in the building's grand courtrooms and dank basement cells. 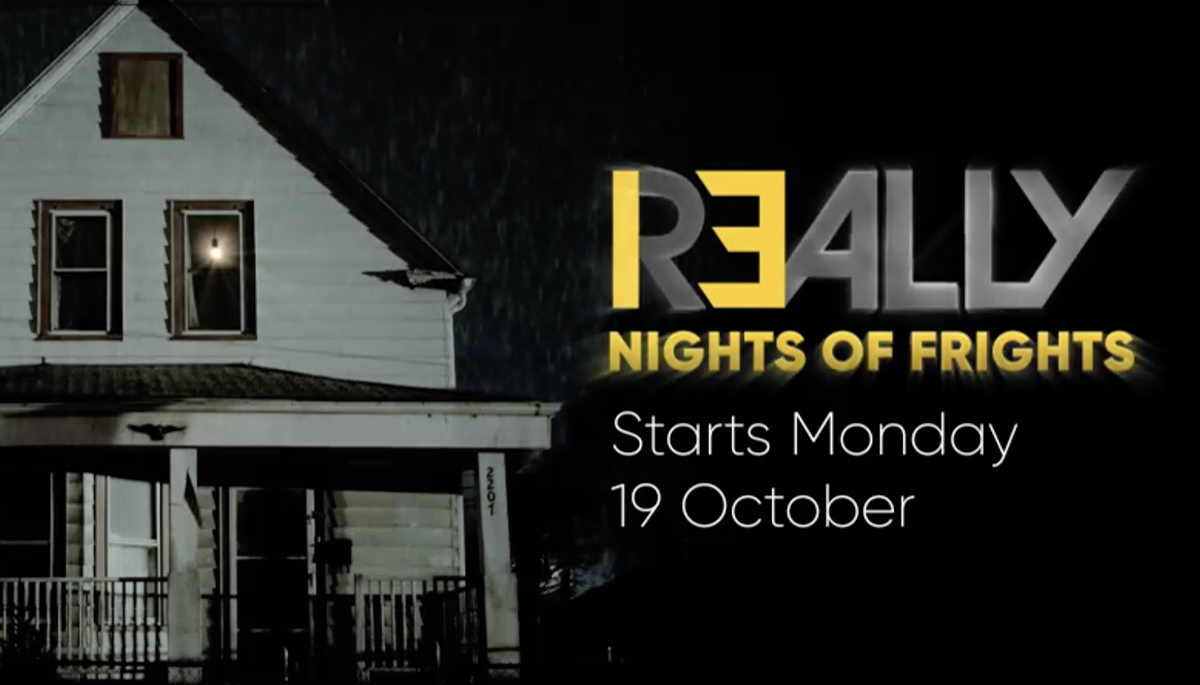 Every October the Really channel brings viewers in the UK 13 consecutive nights of paranormal programmes over Halloween, usually it airs a selection of brand new shows and returning favourites.
Really haven't yet announced this year's lineup of shows or confirmed that #13NightsOfFrights is returning. Normally the channel begins to tease the event in early-October, so it may still be a little too early, but we fear that the 13 nights might be made up of a lot of repeats this year.
The channel's schedule may also have been hit by the COVID-19 pandemic. We know that no new British shows have been shot this year and there's not been any announcements from the US about Halloween specials of shows like 'Ghost Adventures'.
For the last few years UK Haunted have teamed up with the Really channel for a paranormal investigation that's been streamed live exclusively on Really channel's Facebook page. A similar online-only event hasn't yet been confirmed and might not be possible this year due to the pandemic, but we'll let you know if anything changes.

All to be revealed 👻 https://t.co/rHn7wA7IQU 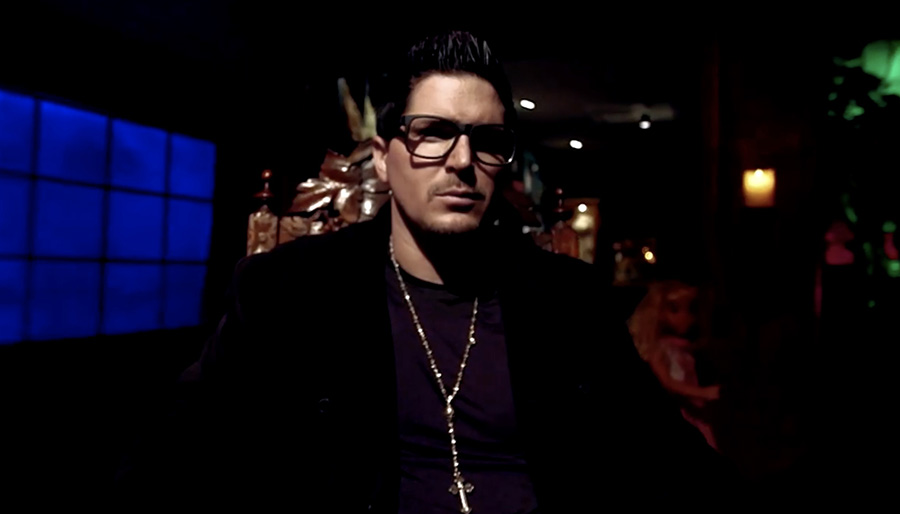 The US Travel Channel is this year continuing its tradition of bringing a month of spine-chilling programming throughout October. The schedule is made up of brand new premieres of new series, Halloween specials and returning favourites.
Ghostober culminates with "7 Nights Of Fright", which kicks off on Sunday, October 25 with the top 20 spookiest unexplained videos of the world with the two-hour finale of 'Paranormal Caught On Camera: Top 100'.
The schedule includes a two-hour-special of 'Ghost Adventures' in which the crew go inside the infamous Greater Wynnewood Exotic Animal Park that featured in Netflix's hit series, 'Tiger King'. 'Ghost Adventures: Horror At Joe Exotic Zoo' will explore  sinister accounts of ghostly activity at the park.
The goosebumps continue with a special two-hour treat as America's first family of darkness, the Osbourne, all come together to get involved with Jack Osbourne's passion for ghost hunting. In 'The Osbournes: Night of Terror' Jack takes Ozzy, Sharon and Kelly on their first ever paranormal investigation.
Then on the big night itself, Saturday, October 31, Travel Channel wraps up Ghostober with the ultimate series crossover featuring superstar paranormal investigators from two of the network's hit shows, 'Ghost Nation' and 'Kindred Spirits'. The ghost-hunting teams reunite for the first time in nearly a decade to explore frightening activity inside an illustrious Newport, Rhode Island, mansion in 'Ghost Nation: Reunion in Hell'.
The lineup also includes new 'Ghost Nation', 'Destination Fear' and 'The Holzer Files', and three brand new 'Shock Docs' specials. 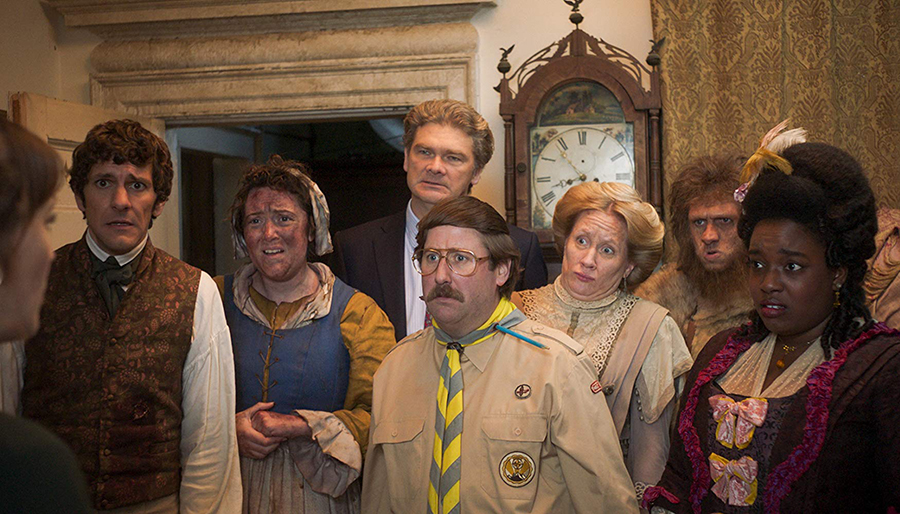 The BBC takes viewers back to Button House for a second series of the British comedy series, 'Ghosts', which lands on BBC One and iPlayer just in time for Halloween.
The supernatural comedy series, which is packed full of in-jokes that fans of the paranormal will love, makes its comeback on September 21. The six new episodes will air on Monday nights up until the week of Halloween.
The series follows a young, cash-strapped couple, Alison (Charlotte Ritchie) and Mike (Kiell Smith-Bynoe), who unexpectedly inherit a dilapidated country house, which as they learn is packed full of numerous restless spirits who have died there over the centuries.