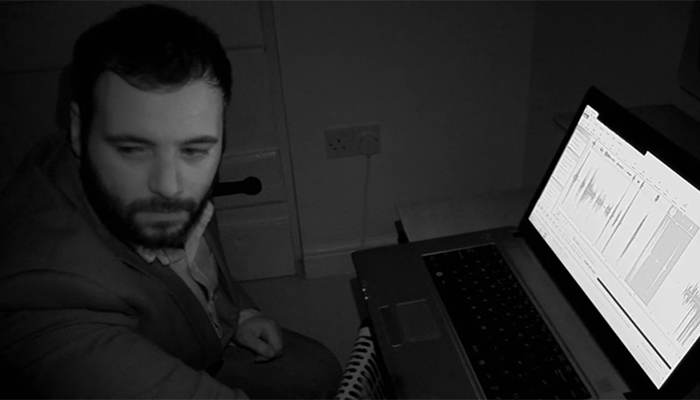 Eamonn joined the Most Haunted team in 2015 as their resident EVP specialist, which basically means he's very good at capturing recordings of spirit voices using an array of specialist equipment. His last appearance was at The Ripon Prison & Police Museum halfway through series 20.
His kit varied but usually consisted of a device that takes several different inputs, including an artificially generated carrier wave, white noise, and an odd looking electromagnetic coil-like antenna on top picks up "scalar wave," a form of energy which spirits are said to use to communicate.
A computer processes all of this audio, even in frequencies outside of the human hearing range. The carrier and scalar waves are then filtered out and the frequency is changed and amplified to make it audible to us.
He often used multiple microphones for capturing ghostly sounds, which were sometimes connected to a real-to-reel tape machine or a laptop. There was also what Eamonn described as a "black light for longitudinal waves."
Of course, the aim of an EVP experiment is to capture sprit voice in audio recordings, a technique known as electronic voice phenomenon.
While at the infamous 30 East Drive, Emaonn changed his set up a bit. Pointing to a bit of the kit, he said "we usually use a scaler antenna, because we're on a housing estate I want the most minimal intrusions we can get."
Instead Eamonn said he's using something he'd tried a while ago, "so we've got UV lights, prisms, solar panels. The lights are actually being transferred into electricity, so that's our modulated wave. That goes through to the machine. We've got a white noise generator, that drives it, that's its carrier frequency."
Sounds complicated right? Well, put simply, all you need to know is that "any interactions with the light gives us speech patterns in the machine" and it wasn't long before they heard a laugh over the speakers.
After appearing in 31 episodes, Eamonn left the show due to a new job, which was taking up more of his time. He said, "with so many commitments I had to let something go - had a great time though."
However, he didn't rule out a return at some point. When asked if he'd ever make a guest appearances in a future episode, he said "you never know."


For reviews of all of the new episodes, plus highlights and evidence from the shows, and to find out when Most Haunted is on next, visit the Most Haunted episode guide.