Details on where to stream the Yvette Fielding's iconic paranormal reality show, 'Most Haunted' in the UK, including updates on its availability on Netflix, Amazon Prime, iPlayer, YouTube and Now TV. Updated for 2021. 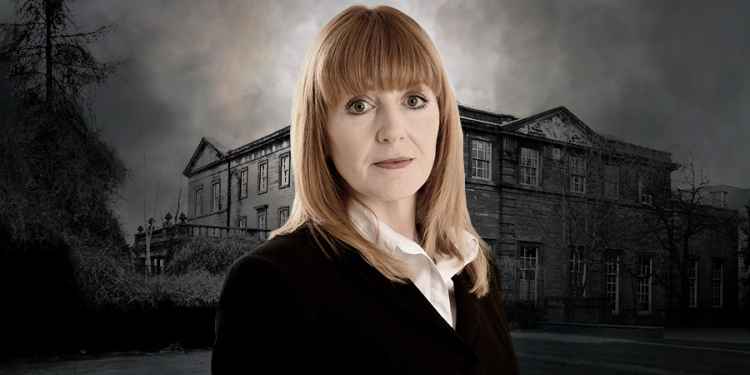 With 24 series under their belt and almost 300 episodes in the back catalogue, it can be hard to work out exactly where you can watch or stream 'Most Haunted'.
The long-running ghost hunting show has been shown on various channels and video on demand (VOD) platforms since it first aired almost two decades ago.
To help, we've put together this extensive guide to 'Most Haunted' and where you can view episodes. The list is only relevant to the UK as availability varies internationally due to differing licensing laws.

Where To Watch 'Most Haunted'

The first 14 series and the spin-off series, 'Midsummer Murders' originally aired on Living TV. Most of these original episodes, with the exception of series six can be watched on Amazon Prime and are included with a Prime subscription.
Many of the episodes from this era, again apart from series six and 'Midsummer Murders' can be watch for free and in full on the YouTube channel, Shiver. You can find a complete list of these episodes here.
The episodes missing from Amazon and Shiver, series six, includes the teams infamous investigation of Bodmin Gaol in Cornwall, Tynedale Farm in Pendle Hill, and the legendary Queen Mary ship in California. If you're desperate to watch these episodes, then your only option is to try to track down the DVDs.
Living TV released DVD boxsets for all the original series up until 2010, however 'Midsummer Murders' was never released on DVD. Unfortunately the boxsets are now out of production, but it's easy to track down second-hand copies on eBay and Amazon. To help you find the discs you're looking for, there's a full list of 'Most Haunted' DVD releases here.

Watching episodes produced after these early days of the show is a little more difficult. When the show returned from a hiatus in 2014, it was broadcast on the Really channel. These episodes are available to watch on demand for five years after their original broadcast on the channel's streaming platform, Discovery+.
This means there should be a limited and ever-decreasing number of episodes available to watch until 2024, five years after the last episode was broadcast on Really in Spring 2019.
Really also show occasional repeats of the more recent episodes. You can watch in the United Kingdom and Ireland as part of the Discovery family of channels on Freeview (17), Sky (142), Virgin Media (129) and Freesat (160), plus YouView, BT TV and TalkTalk TV.

In 2019 the show's executive producer, Karl Beattie, announced that they were parting ways with the Really channel, and as of this date the team have been uploading new episodes to their official YouTube channel.
Since the move, around 15 new episodes per year have been made available to view online. You can find a complete list of online episode to date below.

WATCH: YouTube
14 Jun 2019 • Review
The Most Haunted team embark on their first new investigation exclusively for their YouTube channel. The gang split into two to tackle Shire Hall in Hereford and Ruthin Castle.

WATCH: YouTube
05 Jul 2019 • Review • Location Details
Yvette Fielding and the Most Haunted team embark on their second short investigation exclusively for their YouTube channel, this time returning to the infamous Shrewsbury Prison.

The Galleries Of Justice, Nottingham

WATCH: YouTube
14 Nov 2019
Yvette Fielding and the Most Haunted team return to Capesthorne Hall in Cheshire for an 'extra' investigation exclusively for their YouTube channel.

WATCH: YouTube
19 Mar 2020
Karl Beattie and Stuart Torevell investigate a spectacular baptists church in Paisley, Scotland. The church is now abandoned, but some of its passed visitors seem to have stayed.

WATCH: YouTube
09 Mar 2020 • Location Details
Karl Beattie and Stuart Torevell take on the impressive but semi-abandoned Champness Hall in Rochdale, where Stuart sees something he couldn't explain in the building's huge auditorium.

WATCH: YouTube
26 Mar 2020
The Most Haunted team bring viewers an investigation of a previously unseen location. Join Karl Beattie and Stuart Torevell as they hunt for proof of the paranormal at Gressenhall Farm and workhouse in Norfolk.

WATCH: YouTube
16 Apr 2020 • Location Details
Karl Beattie and Stuart Torevell embark on one of their toughest investigations at the now abandoned prison in Gloucester, where staff and inmates have reported paranormal activity.

WATCH: YouTube
09 Apr 2020
In another online 'extra' episode of Most Haunted, Yvette Fielding sends Karl Beattie and Stuart Torevell to investigate the ghosts and grim history of York Castle Museum.

WATCH: YouTube
29 Oct 2020 • Review
Watch the second part of Yvette Fielding and the team's mammoth investigation of a historic hall, where the paranormal activity includes the disembodied sounds of children laughing and crying and the apparition of a white lady gliding across the ancient hallways, as well as doors opening and closing on their own and loud unexplained noises heard in the dad of night.

WATCH: YouTube
30 Oct 2020 • Review • Location Details
The Most Haunted team return to a location in South Yorkshire for an exclusive online-only investigation. Hodroyd Hall near Barnsley proved to be a very active location when the team first visited in 2019.

WATCH: YouTube
02 Nov 2020 • Review • Location Details
Yvette Fielding and the Most Haunted team are no strangers to the imposing police station and courts in Accrington, but in this previously unseen episode filmed at the vast abandoned building in Lancashire, we finally get to see what happened to the team on their first ever investigation there.

WATCH: YouTube
03 Nov 2020 • Review • Location Details
The second part of Yvette Fielding and the Most Haunted team's first ever investigation at the now-abandoned old police station and courts in Accrington, a location that has never previously been investigated by any paranormal team.

WATCH: YouTube
27 Dec 2020 • Review • Location Details
Yvette Fielding assembles her team for a massive two-part Christmas investigation at the foreboding and now disused Gloucester Prison. The vast site is said to be one of the most haunted places in Great Britain, a place that is seen death, fear, pain, suicide and incarceration. Eerily, the prison is built on the rotting corpses of many prisoners, making this a place with a dark and sinister energy and one to be feared.

WATCH: YouTube
28 Dec 2020 • Review • Location Details
The second part of Yvette Fielding and the team's Christmas investigation of the imposing and abandoned Gloucester Prison. An allegedly haunted location that was originally built as a county jail and for over two centuries housed murderers thieves and the violent of every kind, but HMP Gloucester wasn't just a jail for the convicted to serve their terms, it was also a place of execution over with over 120 convicts paying the ultimate price for their crimes here.

WATCH: YouTube
24 Jun 2021 • Review • Location Details
Karl Beattie and Stuart Torevell embark on the first ever investigation into the paranormal activity at the Most Haunted Museum at the Botanic Gardens in Southport. With activity all around, will they stay the night?

If you've been keeping track, all this means that 'Most Haunted' is not available on any other streaming services in the UK, including Netflix, the BBC's iPlayer, All 4 or Now TV.